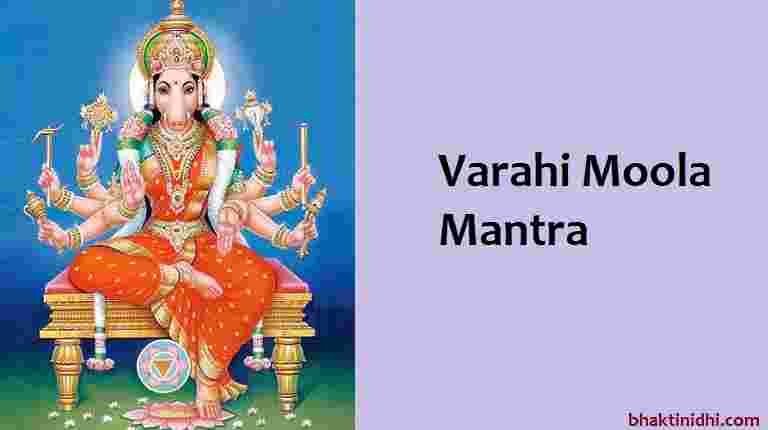 Varahi is one of the Eight Matrikas, who are a group of seven or eight mother goddesses. With the head of a sow, Varahi Devi is the Shakti (feminine energy), and the consort of Varaha, the boar avatar of Lord Vishnu. Varahi is another form of Lakshmi, who is the goddess of wealth. While Lakshmi provides wealth, Varahi Devi removes bad luck. Chanting Varaha Mool Mantra removes Kala Sarpa dosha and any other doshas that you have. Get Sri Maha Varahi Moola Mantra in English lyrics here and chant it with utmost devotion for the grace of Varahi Devi and thereby remove bad luck and misfortunes in life.

Varahi Moola Mantra can be chanted 3 or 21 or 108 times in a day. You can offer Pomegranate fruit and Lemon rice as naivedya for the goddess. If you do this for 48 days you can get the grace of Sri Varahi Devi. It is said that Worshipping Varahi Devi in the Brahma muhurta time will remove all your difficulties in life and will give you amazing results. 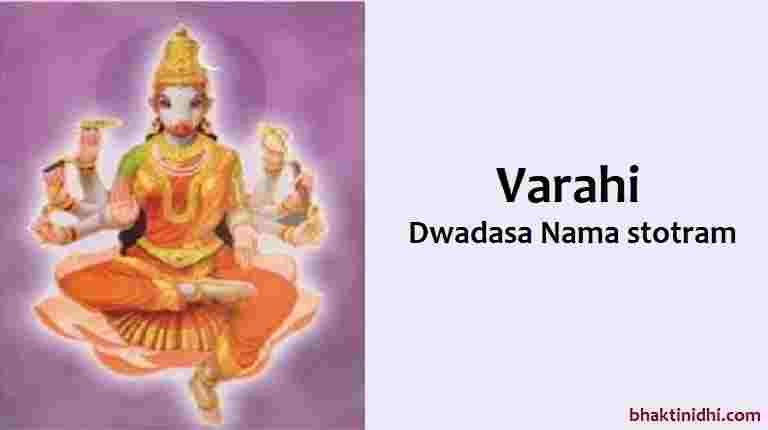 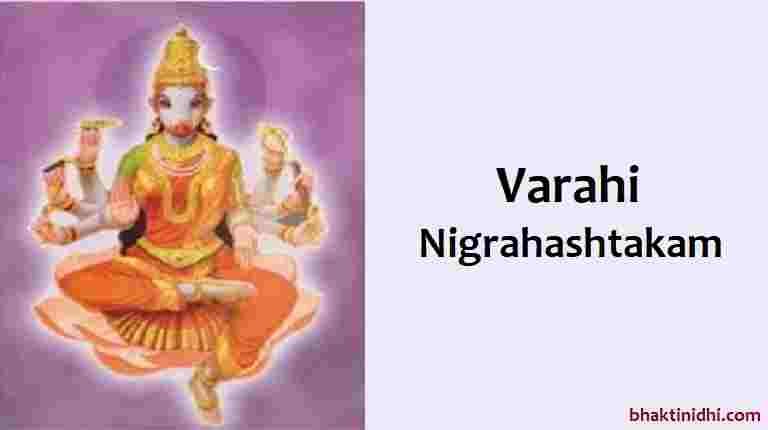 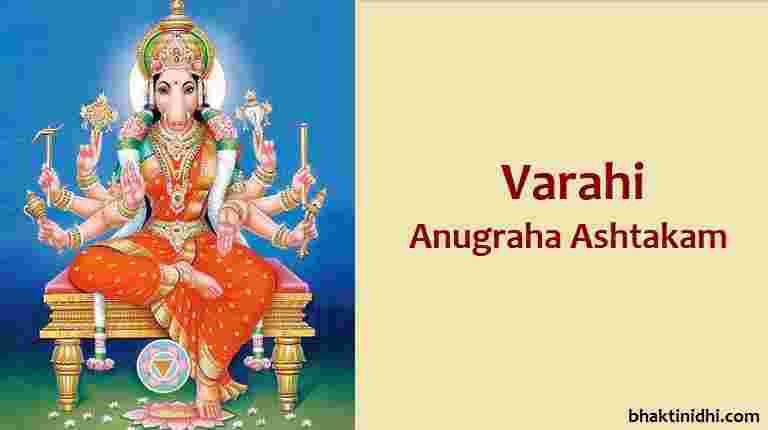