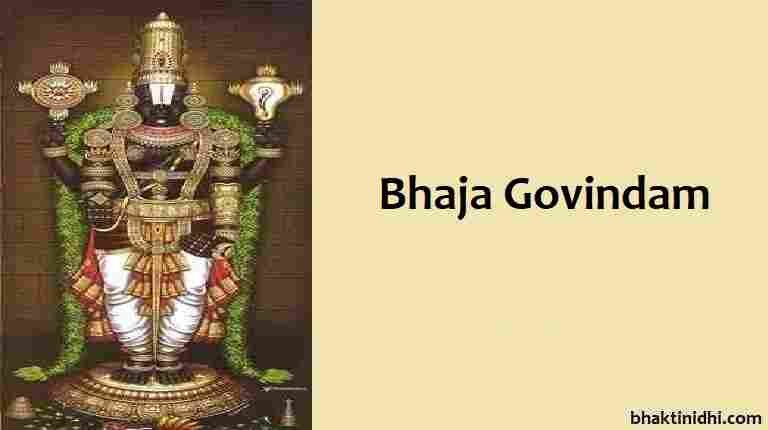 Bhaja Govindam or Moha Mudgara is a popular stotram for worshipping Lord Vishnu. It was composed by Shri Jagadguru Adi Shankaracharya. The rendition of Bhaja Govindam by Shri MS Subbulakshmi is very popular. Get Bhaja Govindam in English Lyrics Pdf with meaning here and chant it with devotion for the grace of Lord Vishnu or Narayana.

Meaning: O fool! leave off the desire for accumulation of wealth; create in the mind, thoughts about Reality, devoid of passion. What you get – i.e. what you have achieved through your past deeds – with that, satisfy your mind.

Meaning: Seeing the seductive female form, do not fall prey to frenzied delusion. That (female form) is (but) a modification of flesh and fat. Think well thus in your mind and again and again.

Meaning: The water on the lotus-leaf is very unsteady; so also is life extremely unstable. Know that the entire world is devoured by disease and conceit, and smitten with sorrow.

Meaning: As long as you have the ability to earn money, so long will your dependents be attached to you. After that, when you live with an infirm body no one world even speak to you a word.

Meaning: As long as there is breath in the body, so long people in the household ask about one’s welfare. Once the breath leaves, on the destruction of the body, the dependents dread that very same body.

Meaning: Who is your wife? Who is your son? Exceedingly wonderful, indeed, is this empirical process! Of whom are you? Who are you? Whence have you come? O brother, think of that truth here.

Meaning: Do not be proud of wealth, kindred, and youth; Time takes away all these in a moment. Leaving aside this entire (world) which is of the nature of an illusion, and knowing the state of Brahman, enter into it.

Meaning: Day and night, dusk and dawn, winter and spring come repeatedly; Time sports, life is fleeting; yet one does not leave the winds of desire.

Meaning: Why worry about wife, wealth, etc., O crazy one; is there not for you the one who ordains? In the three worlds, it is only the association with good people that can serve as the boat that can carry one across the sea of birth.

Meaning: The ascetic with matted lock, the one with his head shaven, the one with hairs pulled out one by one, the one who disguises himself variously with the ochre-coloured robes – such a one is a fool who, though seeing, does not see. Indeed, this varied disguise is for the sake of the belly.

Meaning: The body has become decrepit; the head has turned grey; the mouth has been rendered toothless; grasping a stick, the old man moves about. Even then, the mass of desires does not go.

Meaning: In front, there is fire; at the back, there is the sin; in the night, (the ascetic sits) with the knees stuck to the chin; he receives alms in his palms, and lives under the trees; yet the bondage of desire does not leave him.

Meaning: One goes on pilgrimage to the place where the Gañgá joins the sea; or observe the religious vows with care; or offers gifts. But if he be devoid of knowledge, he does not gain release-according to all schools of thought-even in a hundred lives.

Meaning: Living in temples or at the foot of trees, sleeping on the ground, wearing deer-skin, renouncing all possessions and their enjoyment – to whom will not dispassion bring happiness?

Meaning: Let one practice concentration; or let one indulge in sense-enjoyment. Let one find pleasure in company; or in solitude. He alone is happy, happy, verily happy, whose mind revels in Brahman.

Meaning: For him, who has studied the Bhagavadgitá even a little, who has drunk a drop of the Gañgá-water, and who has performed the worship of the Destroyer of the demon Mura at least once, there is no tiff with Yama (the lord of death).

Meaning: Repeated birth, repeated death, and repeated lying in mother’s womb – this transmigratory process is extensive and difficult to cross; save me, O Destroyer of Mura (O Køúïa), through your grace!

Meaning: He who wears a dress made of rags that lie about in the streets, he who walks in the path that is beyond merit and demerit the yogin whose mind is given up to yoga revels (in Brahman) just as a child or as a mad-man.

Meaning: Who are you? Whom am I? Whence have I come? Who is my mother? Who, my father? Thus enquire, leaving aside the entire world which is comparable to a dream, and is essenceless.

Meaning: In you, in me, and elsewhere too, there is but one Viúïu (God). Vainly do you get angry with me, being impatient. See the Self in all things, and leave off everywhere ignorance which is the cause of difference.

Meaning: Make no effort to be either at war with, or in league with, enemy, friend, son, or relative. If you want to attain the status of Viúïu (Godhood) soon, be equal-minded towards all things.

Meaning: Leaving off desire, anger, greed, and delusion, make self-inquiry; who am I? They are fools who are without Self-knowledge; as captives in hell, they are tortured.

Meaning: The BhagavadgItá and the Sahasranáma should be sung; the form of the Lord of Lakshmi(Vishnu) should always be meditated on; the mind should be led to the company of the good; and wealth should be distributed among the indigent.

Meaning: One easily takes to carnal enjoyment afterwards, lo, there is disease of the body. Although, in the world, death is the refuge, even then one does not relinquish sinful ways.

Meaning: `Wealth is no good’; thus reflect always; there is not the least happiness therefrom; this is the truth. For the wealthy, there is fear even from a son; everywhere this is the regular mode.

Meaning: The regulation of breath, the withdrawal of the senses (from their respective objects), the inquiry consisting in the discrimination between the eternal and the non-eternal, the method of mind-control associated with the muttering of mantras – perform these with great care.

Meaning: Being devoted completely to the lotus-feet of the Master, become released soon from the transmigratory process. Thus, through the discipline of sense and mind-control, you will behold the Deity that resides in your heart. 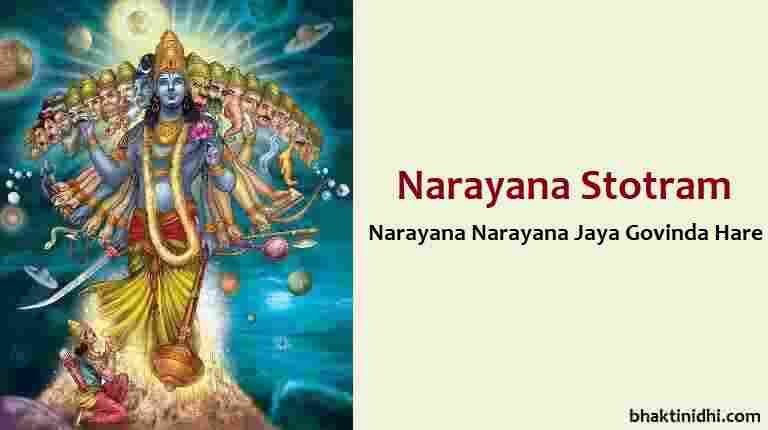 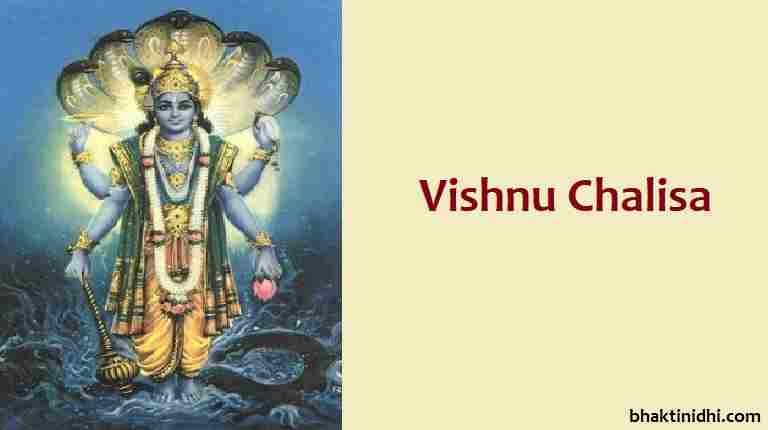